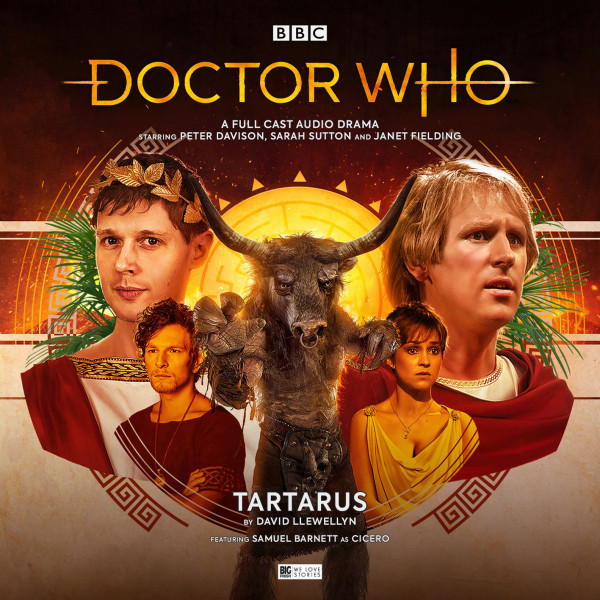 This is the love child of Sam Barnett (Cicero) and Scott Handcock the producer. The merging of a classic Doctor and the highly successful Big Finish’s Cicero. We see the Doctor fan boi’ing Cicero, by travelling to ancient Rome to meet with him, only, for him and his companions to be the catalyst of a rather peculiar time travelling kidnapping. Substituting the Ice House of a Roman villa for the TARDIS.

There are some interesting references thrown around within the episode, from that of  Ray Harryhausen, the famed Hollywood stop motion animator, there are elements in this story which you could easily identify a dozen or so references to, of TV, film and book. It sort of hops around in a very joyful way, that makes for a rather interesting story. However the crux of this is that the story has no direct narrative, as entertaining as it is. It seems more of a project, that, which is merely an excuse for Handcock and Barnett to instill their desire to have Barnett in a Who adventure, and for Handcock to fulfill this obligation. This is not saying that it is bad, no, as I have previously maintained, the poorest output of Big Finish, is to my mind, ten fold better than anything the BBC have done since the reboot of the TV series.It is just I personally think that it not quite on par with the previous release in the main range.

OK, so I am not a fan, however, the release has good story telling, and profoundly good acting on all fronts, with both Davison, Sutton and Fielding offering top notch performances through out. I think perhaps I was not the biggest fan of Cicero, and, perhaps this has clouded my appreciation of this mash up.