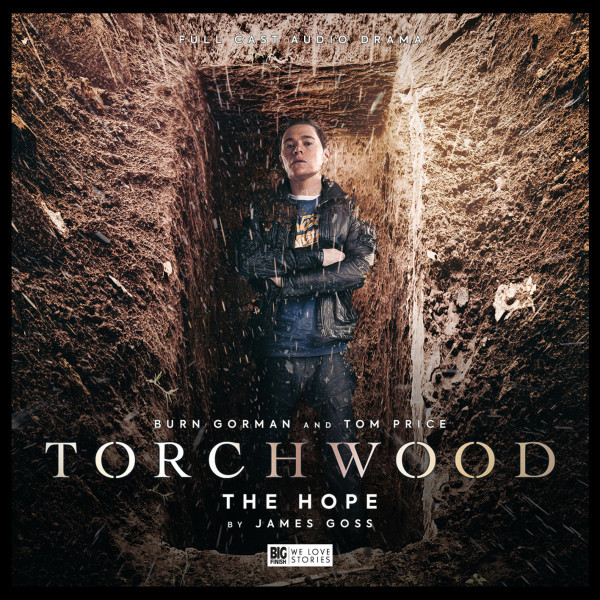 Well, I was not expecting this, first off, forget that this is a extension of the world’s longest running Sci-Fi series, forget that this is the ever popular Torchwood series from Big Finish, just put that to one side. This is for me one of the most disturbing and an audio that is in the same vein as The Whisperer in the Woods (Radio 4 Extra – for which I highly recommend people have a listen to) https://www.bbc.co.uk/programmes/p06spb8w an absolute standout audio drama based around Lovecraft’s works.

The Hope, is a really amazing release, in the series, it sort of hovers between supernatural and superlative science fiction, it really does surpass the normal release and for a drama which lasts around 70 minutes it is a great commute listen, jog or run listen it is something that will probably have you listening long after you have finished your activity. The acting is exceptional Megwyn Jones is captivating in her command of the part of Sian Philips, an alleged child murderer. got you interest now haven’t I, it started to intrigue you, just as this will as it plays out in it’s command of the narrative that we listen to with this release.

Without giving too much away, the story tells of Owen Harper administering to the dying Megwyn, a women with a lot of dimensions, a women who is basically a psychotic narcissist whom derives true happiness by watching the life drain from people, but due to the nature of where she lives in the far north of Wales, discovers the earth that she lays her victims in keeps them in some weird state of stasis, even after she has taken her pleasure of killing them and watching them die. But what is more this a trial of Owen own issue of a non death state and his belief that there is good in all people regardless of their true nature.

This is a stand out piece of audio drama that will simply have you hooked from start to finish, and the ending asks more questions than it answers, simply brilliant.