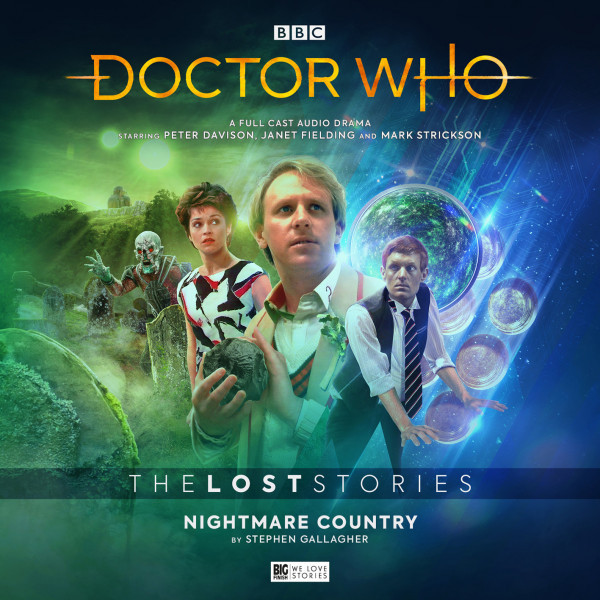 A good, retro standard here. Quality story with the fifth Doctor and Tegan and Turlough as the companions. The Doctor as lent the tempral enigneers – a sort of AA for Time Travellers, his mind. They are creating a temporal engine a sort of semi experiment in creating a new reality from just the ability to think it into exsistence. However. Konis played here by Ian Connigham, sounding like one of the Troughton brothers, plays the scientist whose desire is to create a organic reality. But like most ideas that are on the edge of a bad idea this soons proves to be the undoing, and we are faced with unreality slipping into the reality. An enemy that is becoming more and more intelligent, they realise in order to survive they need to retain the person who dreamnt them into exsistence, to be kept in that state, and they are in the process of stealing what they need to acheive their goal. The twist is a wonderous and somewhat envitable ending, but, it is rather poetic. What a cracking story.

The story is superb, it reminds me of the later half of the fifth Doctor tenure, and this also shows off the Big Finish stance of not just putting out material that just continues with the same style but expands and takes risks with the whole era. Peter Davison is without question, superb in this, and Mark Stickson and Janet Fielding just add the authenticity. The whole story is excellent and raises the bar once again for the main range, 5th Doctor range of stories. What is more the excellent edit that makes each episode around the same as the original is a wonderful tip to the past, whilst retaining this fresh story telling.

Nightmare Country, is a one of the best stories for me of this current run. It is also one that explores a rather clever metaphor. Good work Big Finish.