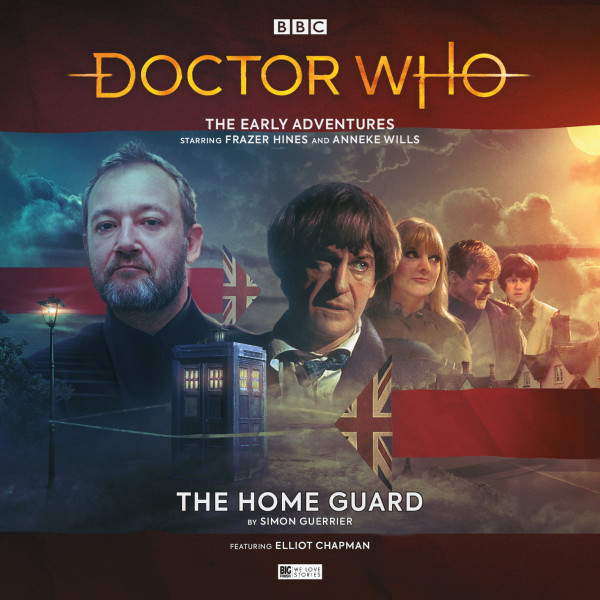 I am the Master, and you will obey me. James Dreyfus, brings to the character, a little edge, a lot of darkness, and fobidingforbidding. His portraylportrayal of this stalwart of Who advisories, provides him a vehicle of the Master. Bearing in mind that the first incarnation of him was with Pertwee in 1971, it is a clever play by Big Finish to bring this enemy to the canon, a sort of retro story telling within a retro story.

The story itself postionspositions itself within a war footing, and Jamie, Ben and Polly, and the Doctor all seem part of a small town, whom are working for or on behalf of a war effort. Except everyone who is within this story, cannot recall their past, or what they have done. None of them seem to be a tuned to what they are doing either. The normal relationships, are also non exsistentexistent. The simple fact, that none of the crew of the Tardis, do not know each other. There is a rather interesting game of puppeteering going on here.

The story is driven by Anneke Wills for the most part, with a good peppering from the other actors to sort of enhance the story telling. Once again Frazier Hines shows his dexterity in playing two acting parts, and, this again gives some gravitas to the story telling. The soundscape here works and adds to the story well. It is sort of a mix of science fiction theatre aka 1950’s. Coupled with the strands of a sustained organ and some rather wonderful minor chords to string together a atmosphere of complete utter entanglement of the people in the story.

Is Thethe Home Guard a stand out, I would say it is one of those stories that requires a couple of listens, as it has a slow burn, there are some subtle use of the script here, and the story that is presented is carefully crafted. But would you suspect anything less from the pen of Simon Guerrier.

Home Front, as a great cast of actors here, ranging from original cast to some class modern day. What is apparent is the way in which is all hangs together.