6.2. Doctor Who: Daughter of the Gods 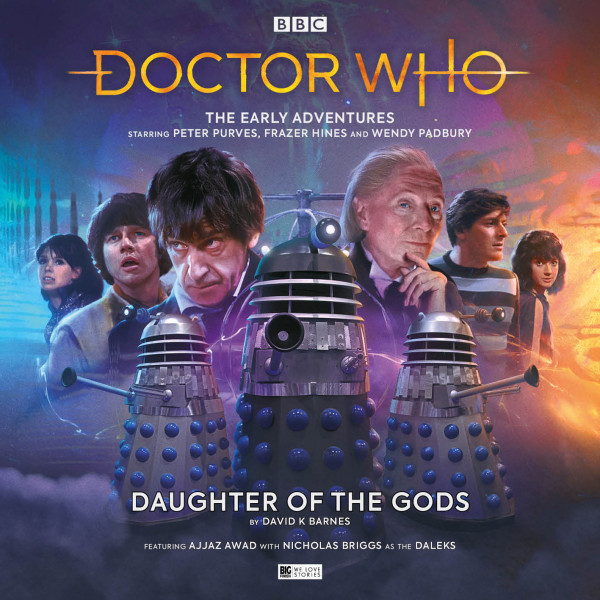 This release is a Segway after the “Myth Makers” episodes of the first Doctors generation to put this in to a chronological context. That is important as we have the character of Katarina from Troy here. For which we learn later on what becomes of her time with the Doctor. The release starts with us in the Tardis with Zoe, Jamie and Troughton, that is until their near miss with nothing more than another Tardis. This is the crux of the story.

We then witness the second Doctor’s crew and himself land amidst the chaos of Herbimina a planet that appears to be trying to leave, and leave in a hurry. But for what reason we are to learn. The crew soon get split, and we soon learn that the Doctor is not alone on this planet, and the person who is overseeing the evacuation is someone the Doctor is very familiar with. The story that ensues is a very satisfying tale that only, Big Finish who can weave their magic.

What we have is a tour de force, with a two Doctor story, and what I feel is the best cast to perform this sort of content. Frazier Hines and Pete Purvis are by far for me the most accurate of all the re-imagining of the Doctors we have lost, and this isn’t due to their interpretation, as Frazier at times seems to turn Troughton Scottish, not, it is the simple fact that these actors played alongside the Doctors that they are acting out. So, they have more the feel of the performer. The story is actually telling us what happens to Katarina and her time with the Doctor.

The acting is fantastic, and the story just engages with you. In fact, you would be hard pressed to realise that this release goes on for the 150 odd minutes. It flashes past, and is well worth the listen, a wonderful journey back to the first and second doctors, and combines us with a continuation of the story arc from the early years, and the fact that Big Finish are making these for me is wonderful, as it keeps the whole thing fresh, and alive for an era of Doctor Who, that I think is the most important.