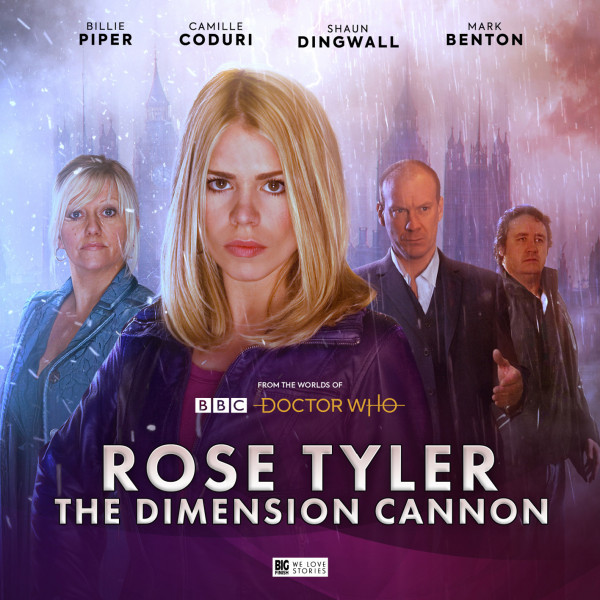 What do we have here, we have a Rose Tyler release, extending the relationship between the character that was the first companion of the new Who era, Rose was introduced to us in the initial series return, when it came back to our television screens. Its therefore fitting that with Big Finish’s, tenure of making sure it caters for all eras of the canon, that, we have a companion box set release of Rose extending her adventures in her own right in time and space. So what do we have here, well a collection of four stories, all centered around the theme of trying to find the Doctor, and to do this task she need to circumnavigate the time continuum. The stories all have a central theme of revolving around Rose’s life but shown to us in different universe’s, with some rather extraordinary revelations.

The stories themselves are all of the highest grade, and give a vehicle for Bille Piper to stretch her acting chops, the main issue is that I don’t know what market there is or indeed appetite for new Who and especially when the real gold would be to get Christopher Eccleston himself to record and perform a Big Finish audio from his own era. However there is a little chance of him stepping in front of a microphone anytime soon, due mainly to the fact that I think Christopher is much more the thespian, and as an actor shy’s away from perhaps the anchor that seemingly can sometimes be the burden of playing the oldest science fiction character in popular fiction. Therefore I suppose the idea off the back of the marketing of Big Finish is that by using a popular character from the first they can somehow satisfy an appetite for the fan of the ninetth doctor. However there is a problem with doing this, what do you furnish the auxiliary with in order to create a set of stories for the perennial Who fan and the new Who fan to get their ears wrapped around and engage.