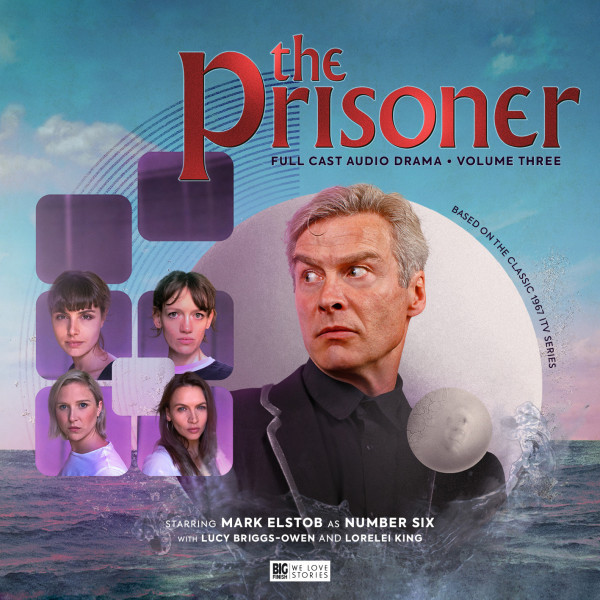 Nicholas Briggs, pet project, and with the release of Volume 3 it cements itself into the Big Finish catalogue as a reference release for them. Alongside the likes of Sherlock Holmes, and The Avengers.

The big win here is Mark Elstob, who takes the rather difficult role of Patrick McGoohan. McGoohan portrayed the role with an almost expertly tuned performance of one whom, was suffering from a controlled rage by being incarcerated at the Village, and also borderline paranoia, in part driven by his experiences and treatment by the people or persons running the village.  The Prisoner is after all, his attempt at sticking two fingers up to the producers of the Bond Films, for whom he apparently wanted the role of Bond. Hence the constant struggle of his character within the series to be a displaced secret service agent whom has quit, the authorities not accepting this, and wanting to know why. It is the case of once an employee, you never really leave.

I was not alive when this series first went out, so it has taken me the task of not only listening to these recreations by Big Finish, but also the occasional reference viewing of the actual TV, as there are all based on the series, with original material injected by Nick, over the course of the three releases.

The things about The Prisoner, is that it is really not for everyone. It is a the very cult of cult late 60’s TV Avant Garde, almost exploratory borderline LSD drug induced writing. That is trying to work on a lot of different levels. I actually think though bringing it to audio only is actually a benefit for someone who wants to get into it. The lack of vision, is a strength as it gives you the ability to construct the interactions and the constant struggle of No.6 to find out what actually this is all about. It helps enormously that the whole thing has been lovingly managed by Nick who has shown immense pride, and affection in producing, writing, and putting together a new revision of this rather “of its time, and of its own value”. The cast is perfectly put together, and the sound stage, and music is also wonderfully accompanying perfection to this 3 volume release.

The question is, would you buy this, and the simple answer is this. If you want to listen to a re-imaging of the classic odd ball cult TV series, that was the brain child of a damaged actor, in the sense of mentally being on the very edge of his wits, then, this is as near as dam it you are going to get. The original idea of Mcgoohan creating is captured faithfully, and actually enhanced. If however, you have seen the TV series and didn’t get it, this audio is the best way in. But you still may not get it. If you are a fan, then I would be wary, this is not a direct copy, it’s someone else’s attempt at re-creating the series, in a format that may not be of your liking, but, it will give you a greater understanding of the original, and that is a therefore a must have, for an ardent fan. What the whole series to me display’s is that super fan Nick Briggs, as made one of the best recreations of a cult classic around.

One for the fans.